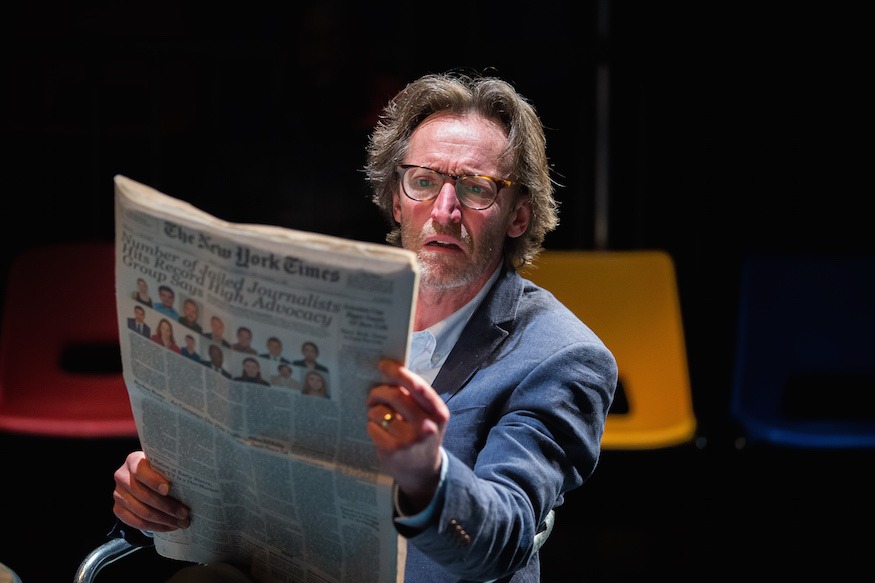 The pen is mightier than the sword, but is the penitentiary mightier than the pen? #WeAreArrested considers the figure of a jailed journalist as an emblem of our weird time — when ‘alternative facts’ are no longer just the weaponry of internet trolls, but even governments who want to silence their critics.

It’s written by Can Dündar, an exiled newspaper editor whose stories got him locked up Turkey — allegedly the world’s top imprisoner of reporters. But in depersonalising the details of his tale, Dündar unfurls a dystopia that alludes to many other nations in which freedom of speech is at risk.