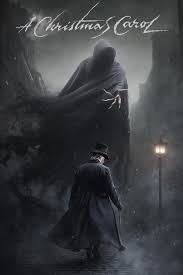 Elliot Warren is thrilled to be a member of this fabulous cast.
Guy Pearce will play Ebenezer Scrooge in this star-studded festive drama. Charles Dickens’ timeless 19th century novel A Christmas Carol has been adapted again and again over the years – and for Christmas 2019, it will be back on our screens for a three-part drama.

In this “unique and original take on Charles Dickens’ iconic ghost story,” the BBC has promised us “a haunting, hallucinatory, spine-tingling immersion into Scrooge’s dark night of the soul.”

The show’s writer Steven Knight has previously worked with actor Tom Hardy on Taboo and Peaky Blinders, even bringing his Blinders character Alfie Solomons back for a surprise role in the latest series.

The two have teamed up again for A Christmas Carol, with Tom Hardy stepping up as an executive producer – alongside Ridley Scott, Dean Baker, David W Zucker, Kate Crowe, Mona Qureshi and Knight himself.A Christmas Carol is the story of Ebenezer Scrooge, an elderly and crotchety miser who is visited first by the ghost of his former business partner, Jacob Marley, and then by the Ghost of Christmas Past, the Ghost Christmas Present, and the Ghost of Christmas Yet to Come. They show him how his cruel behaviour has affected those around him.

These nighttime visits completely change Scrooge’s attitude to life – and he is transformed into a kinder, gentler man.

BBC1 and American broadcaster FX have partnered on this new adaptation, which comes from the pen of Taboo and Peaky Blinders writer Steven Knight.

Knight said: “This production of A Christmas Carol will respectfully present what we believe to be a timely interpretation of a timeless story.”