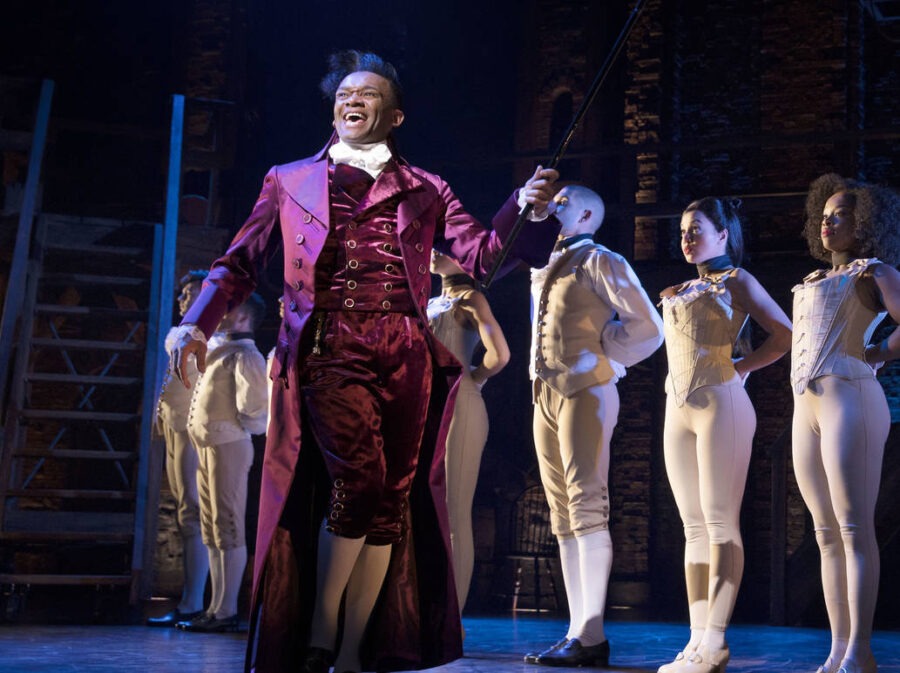 Okay, let’s just get this out of the way. ‘Hamilton’ is stupendously good. Yes, it’s kind of a drag that there’s so much hype around it. But there was a lot of hype around penicillin. And that worked out pretty well. If anything – and I’m truly sorry to say this – Lin-Manuel Miranda’s musical about Alexander Hamilton, the first secretary of the US Treasury, is actually better than the hype suggests.

That’s because lost in some of the more waffly discourse around its diverse casting and sociological import is the fact that ‘Hamilton’ is, first and foremost, a ferociously enjoyable show.

You probably already know that it’s a hip hop musical, something that’s been tried before with limited success. Here it works brilliantly, because Miranda – who wrote everything – understands what mainstream audiences like about hip hop, what mainstream audiences like about musical theatre, and how to craft a brilliant hybrid. Put simply, it’s big emotions and big melodies from the former, and thrilling, funny, technically virtuosic storytelling from the latter.