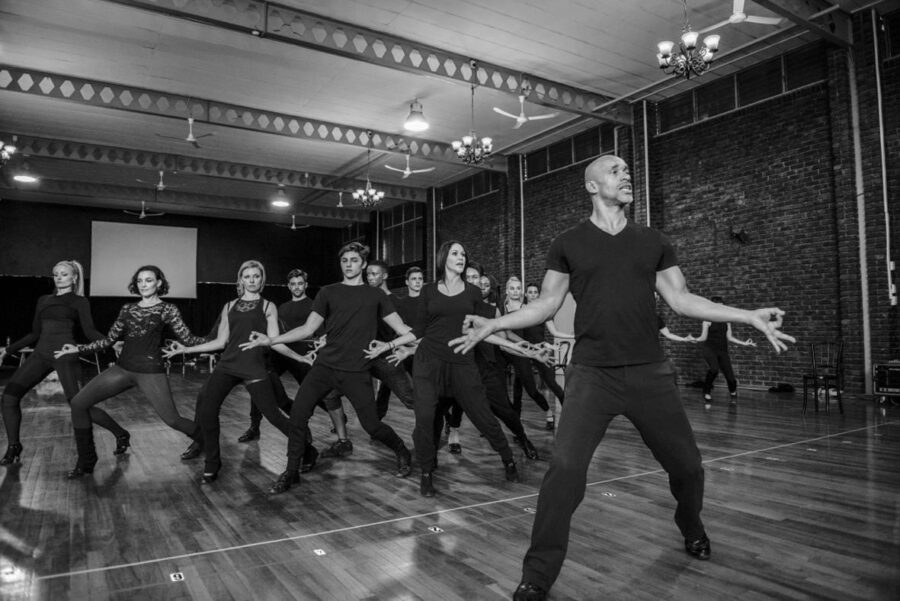 
Dean’s career has taken him all over the world, from Europe and Australia, to the Far East and the USA. He has achieved success in a diverse style of dance and is now gaining a reputation as an accomplished choreographer.

He made his West End debut in the musical King at The Piccadilly Theatre and subsequently appeared in Kiss of the Spider Woman at The Shaftesbury Theatre. He then joined the cast of Cats at The New London Theatre, playing the roles of ‘Alonzo’ & ‘Macavity’.

Dean was also immensely proud to have appeared in Susan Stroman’s critically acclaimed West End production of the Broadway hit, Contact at The Queens Theatre. His performance as ‘Jack’ earned him notable reviews.

Other theatre roles include; ‘Pepe’ in the UK tour of West Side Story, ‘The Enforcer’ in Dein Perry’s original UK National Tour of the smash hit, Tap Dogs and the Australian and American tours of Steel City.

In addition to his theatre credits are a variety of performances within the corporate and fashion sector, for Sony, Trevor Sorbie, L’Oreal, Ellesse, Puma, Wrangler, Pepe and Levi Strauss.

Dean has long had a passion for choreography and in the last few years he has had the pleasure of working on a variety of projects both on stage and television.

He has choreographed for Will Young, Dannii Minogue, Michael Bublé, Rachel Stevens, Amici Forever, Denise Van Outen, Tony Hadley and extensively with Emma Bunton; most notably her hit video ‘Maybe’. He also choreographed several TV Production Specials including, Children In Need, Song for Europe, Parkinson, and the opening title sequence for Top of the Pops.

Dean is currently a member of the hit musical Chicago and is the London West End resident dance supervisor.