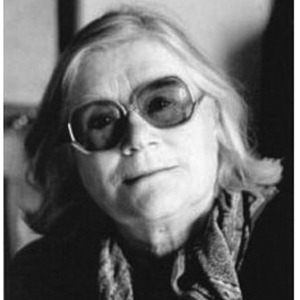 
Jennifer Johnston is an Irish born novelist and playwright who’s writing has won numerous awards. Her first novel, The Captain and Kings, published in 1972, quickly established her as a legitimate contender on the writing scene. The short novel about the relationship between a Protestant army veteran and a Catholic boy during the ascendency of Protestantism in Ireland won the Evening Standard Award for Best First Novel. Her subsequent novels were also highly acclaimed and include The Gates (1973), How Many Miles to Babylon? (1974), SHadows on our Skin (1977), The Old Jest (1979), The Christmas Tree (1981), The Railway Station Man (1985), Fool’s Sanctuary (1988), The Invisible Woman (1992), The Illusionist (1995), Two Moons (1998), The Gingerbread Woman (2000), This is Not a Novel (2002), Grace and Truth (2005) and Foolish Mortals (2007). SHadows on our Skin was nominated for the Booker Prize for Fiction and The Old Jest was the winner of the Whitbread Novel Award.

Other awards she received include the Irish Pen Award in 2006 and most recently the Irish Book Awards Lifetime Achievement Award in 2012. The lyrical prose so pronounced and commented in her novels, also made an appearance on the stage. Her first play, The Nightingale and Not the Lark, appeared on stage in 1981. Other plays she scripted include Indian Summer (1983), Andante un Poco Mosso (The Best Short Plays 1983), The Porch (1986) and The Desert Lullaby: A Play in Two Acts (1996). Much like her novels, her plays were highly acclaimed. Her play O Ananias, Azarias and Misael was first published in Best Radio Plays of 1989 and won the Giles Cooper Award. She is a great proponent of the stage and with the emphasis that her writing places on all sorts of relationships – between lovers, friends, parents and children, and the old and the young – it is inevitable that her plays attract people of all different ages & backgrounds. Jennifer Johnston is a very prolific writer whose work spans all aspects of the arts. Her novel, The Old Jest, was adapted into a film named The Dawning (1988) starring Anthony Hopkins and her novel, The Railway Station Man, was adapted into a film of the same name (1992) starring Julie Christie and Donald Sutherland. Her most recent novel, Truth or Fiction, was published in 2009, and her writing continues to be enjoyed by people all over the world.