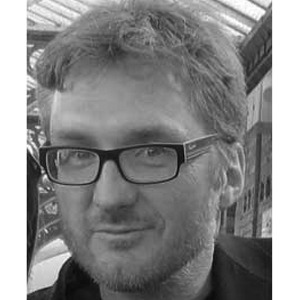 Michael Knowles has produced six feature length films since 2009. Away starring Timothy Spall and Juno Temple was re- leased internationally to great acclaim in 2018 and the mystery/ horror The Messenger starring Robert Sheehan, Lily Cole and Joely Richardson was released through Metrodome in the UK in Autumn 2015. Michael’s previous producing projects include Birthday, starring Stephen Mangan and written by playwright Joe Penhall (The Road) that aired on Sky Arts in 2015 to great reviews and won the FIPA d’Or at the 2016 Festival International de Programmes Audiovisuels (FIPA); Best Laid Plans starring Stephen Graham and Maxine Peake was released through Sony Pictures in 2012 and 2009’s A Boy Called Dad starring Ian Hart was selected for the Edinburgh Film Festival and was bought by the BBC.

Michael is proud to acknowledge his early mentorship from Andrew Eaton through the UK’s Guiding Lights scheme and is grateful to have had the opportunity to work with actor Pete Postlethwaite on one of his last films, a short Michael produced called Waving at Trains. Michael was nominated for a BAFTA for the short Talking with Angels, and the drama Running Naked is currently in post-production