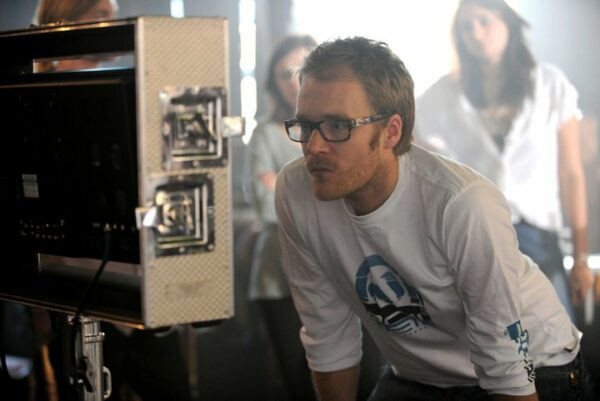 Alex Hardy is a writer, director and editor. A filmmaker in all senses.
He graduated with a B.A. in Acting from Rose Bruford College in 2004. Since then he has worked as an actor consistently in Television, Film and Theatre – credits include leading regular roles in prime-time TV. – Touch of Frost. Family Affairs, Red Dwarf, Casualty, Locked Up Abroad, Neil Gaiman’s Likely Stories.

Although in demand as an actor Alex was always keen to be more proactive and creative in other ways. Alex worked with production company Greenwich Films over a number of years, getting in- valuable hands-on experience in a variety of roles, on a wide range of projects. In this time he was trained in editing, sound-design as well as in production and directing.

Alongside this he honed his visual skills as a photographer (photographing bands and actors), and as an illustrator and storyboard artist.

Pretty soon he saw that the way forward was to bring all these disparate skills together and train to be a director.

He directed micro-shorts and small web virals and then in 2009 he decided to get officially trained at the Met Film School doing the Practical Film-making Diploma.

His graduation film Initiation was selected, from thousands of other entrants, for the finals of the BAFTA Soho Short Film Festival and continued to do well on the festival circuit giving him excel- lent exposure. It was then acquired by Shorts International and is selling worldwide. He followed that by joining forces with Ryan Elliott at Odd Boy Films directing the cutting-edge, big budget music promo 3:16 for the new band These Furrows.

The success of this led to Alex and Odd Boy Film being commissioned to create a documentary for the same band which was aired on Channel 4 for 4play Music. Alex continues to write and direct promos and commercials for clients such as UnderDog, Becks, Adam F, Glasvegas and the Fratellis– his aim is to bring a truly cinematic visual flair to all his work whether the budgets are tight or generous.

Currently in pre-production and development stages on 4 feature screenplays and starting his new film company Inside 75.

“With such heavy themes, it was important that director Alex Hardy coped with the troubling ele- ments of Jodie’s psychotic state alongside the bubbling tension being built during the unfolding of the plot. This balancing act, it is safe to say, is handled with deft care and craftsmanship, creating a gripping thriller experience that audiences are unlikely to forget. The use of cross-cutting and multiple timelines dramatically enhanced the movie without overwhelming the viewer, showing Jodie’s homelife, war life, and the present. The characters in Soldier Bee are portrayed completely believably without succumbing to saccharine ideas of heroism or pity. Hardy heads a charge into a formidable and important story, tackling difficult notions about violence, sex, family, evil and hate with considerable filmmaking poise.”