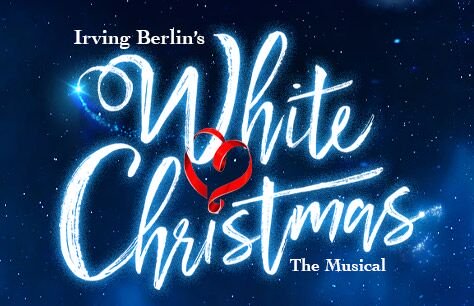 Stephane Anelli returns to the West End to play Mike in this wonderful London run of White Christmas directed by Nikolai Foster he is joined by Jordan Crouch making his professional West End debuts following his graduation from Mountview Academy of Theatre Arts.

It’s the ultimate festive musical. It was one of the best-loved Xmas movies… ever. Now it’s back, in the capital, at the Dominion theatre, and it’s hot stuff! The story? When singers Bob Wallace, originally played by Bing Crosby, and Phil Davis, originally played by Danny Kaye, get home from the Second World War, they’re raring to get back to work. They join singing sisters Betty and Judy Haynes to create a Christmas stage show in rural Vermont, USA, at an inn owned by their ex-commander, General Waverly, who is in financial trouble. The show absolutely has to succeed, since Waverly’s future depends on it. The singers’ amazing efforts save the day, but it’s the music that’s the real star of this show.

Are you dreaming of a white Christmas? If so grab tickets for this spectacular classic, where a Christmas miracle sees them saving the inn. It’s a heavenly seasonal musical romp you won’t want to miss, starring Michael Brandon as General Henry Waverly, Brenda Edwards as Martha Watson, Danielle Hope as Betty Haynes and Clare Halse as Judy Haynes. Danny Mac played Bob Wallace and Dan Burton played Phil Davis at Curve in Leicester, and they’re both going to reprise their fabulous roles for audiences in the capital.  You’ll recognise the show tunes, all classics and the stuff great memories are made of, including Blue Skies, Sisters, and the seasonal song to beat all seasonal songs, White Christmas itself. The music and lyrics are by Irving Berlin, as fresh and magical as ever, and there’s a book by David Ives and Paul Blake. Go see it, love it, never forget it!