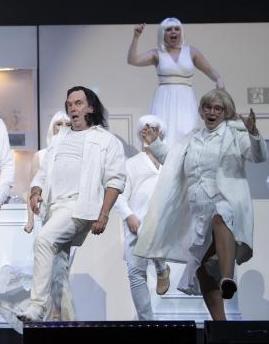 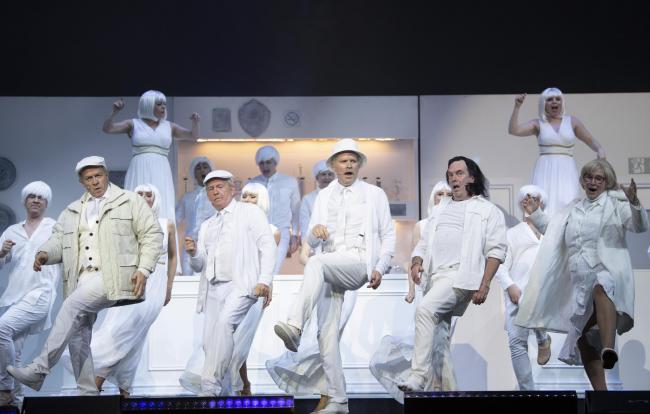 THIS review isn’t so much written with one hand tied behind the back but a full set of Houdini straitjacket straps, belts and buckles.

To offer detail of what went on at the ultimate, complete, fin de siècle ending of the Still Game comedy experience is to spoil a series of surprises. This is not a standard stage play; it’s not question of dropping into the show and lifting a couple of good lines because that would require context. And context is detail. And detail is the rooftop sniper waiting to kill the fun for the 10,000 fans who will turn up to wallow in wonder at what Ford Kiernan and Greg Hemphill have come up with.

What was never going to happen was that Kiernan and Hemphill would come up with a linear two-hour standard stage play in which we follow the adventures of Jack, Victor, Isa, Boaby, Tam, Winston and Navid. The Still Game we’ve come to love on television is intimacy reliant; it’s a slice-of-life series that focuses on the ageing process, a half-hour existentialist crises featuring a main storyline and three sub plots. Each issue each character faces is a little earthquake; every cough heralds the arrival of cancer, every forgetfulness an indicator of memory loss. It’s about little people surviving in a huge, unforgiving world being attacked by time.