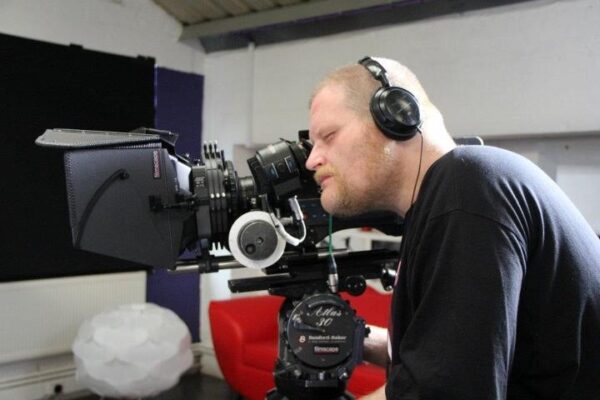 
Nominated as a BAFTA “Breakthrough Brit” for 2014, John has had an exciting and varied career to date. Before writing THE RESPONSE he has been working on various projects for screen for Emperor Films/ Scott Free, STEALING MONA LISA and adapted Martina Cole’s best seller THE LADYKILLER for feature film producer Debbie Gray at Genesius Pictures who promptly hired him for two subsequent projects

Winning the Drama Prize and Best Director award in training, he formed his own Shakespeare Company (Albion), won an ABSA award in 1995 directing a Royal Command Performance of Much Ado.

John took a spell out from writing and directing in 2007 for his passion project, helping to save and rebuild a theatre, the Seagull in his home town, Lowestoft, saving it from demolition and re-establishing it as a successful regional theatre.

He re-entered the business with a flourish in 2013; his debut as a feature Writer/Director FREAK OF NURTURE stars Anna Popplewell for Ratio Film and Reach Entertainment. . He has also completed work on I, GANGSTER for Razor’s Edge and is packaging another script FOOTEBALL.

John is always described as fun, smart, innovative like a human nuclear reactor of positive energy. That positivity coupled with his skills and experience with people, writing and directing combine to make him a rising star and one to watch…